Port Moody at the Back of the Inlet 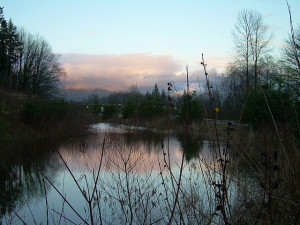 The City of Port Moody in Metro Vancouver, British Columbia, Canada is at the southeast inland end of the Burrard Inlet, on which Vancouver stands where the inlet meets the sea. Port Moody adjoins the cities of Coquitlam on the east and south and Burnaby on the west. The city derives its name from Colonel Richard Clement Moody, 19th-Century commander of the Royal Engineer detachment at New Westminster.

Port Moody has the largest Korean contingent of any Canadian town of more than 10,000 residents, 6.6 percent of the population. In the 2006 Census, the City of Port Moody had 27,512 inhabitants, a 15-percent increase from 2001. Thirty percent identify themselves as immigrants, somewhat more than the 27-percent Canadian average. Median family income is $70,239; Eagle Ridge Hospital is the leading employer in number of workers.

Two events shaped the early history of the Port Moody: the 1858 gold rush on the Fraser River and the 1886 arrival of the first transcontinental train. In the first event, the need for a rear-guard defense for New Westminster, the colonial capital, caused the Royal Engineers to clear a trail to the Burrard Inlet to allow ships to unload military personnel and supplies if New Westminster were attacked from the south. After 1859, the town grew rapidly following land grants to many of Moody’s Royal Engineers. 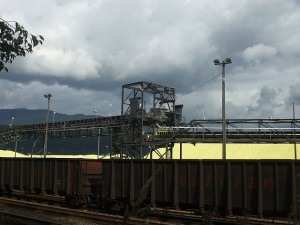 In the second event, construction of a transcontinental railroad induced British Columbia to enter into confederation with Canada in 1871. Then the Canadian Pacific Railway announced in 1879 that the small town would be its western terminus. Population grew quickly through the early 1880s. There were high hopes that Port Moody would become a major west coast metropolis. The first scheduled passenger transcontinental train arrived in July 1886. Land prices soared skyward but soon fell back to earth when a line to Vancouver opened in 1887. Incorporation as a municipality came in 1913, when the Port Moody City Council met for the first time in April. 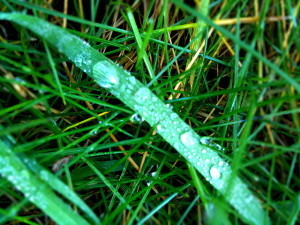 Port Moody’s economic growth and development in recent years have been in the arts and culture sector manifested by the promotional slogan “City of the Arts.” About six percent of employment is in arts and culture, one of the highest concentrations of such jobs in Metro Vancouver.

The Oil Industry at Port Moody

In the early 20th century, employment opportunities in oil refining at Port Moody increased steadily. The Imperial Oil Company commenced operations in 1915 on the north shore of Burrard Inlet. By 1919, the refinery processed 2,000 barrels increasing to as many as 25,000 barrels of crude a day after a 1952–’53 retrofit. In 1921, the company built an adjacent town of 83 houses, a post office, two stores, a school, two churches, a community hall, tennis courts, and a sports field. This site served the plant workers, their families, and sailors of docked tankers. After the refinery closed in 1995, the town site became a heritage conservation area for preservation. 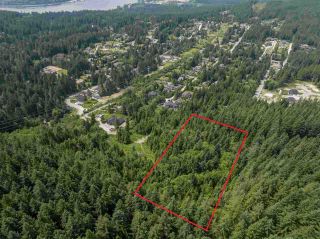 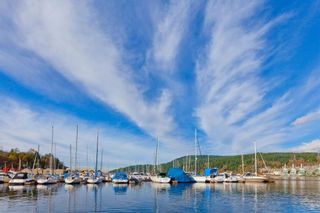 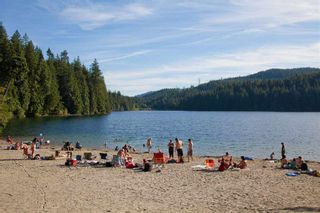 Rarely do parcels larger than 1 acre become available in Anmore. This beautiful forested and sloping 7.128 acre site with views to the South, West and North. The extension of Leggett Drive will go through the property in the future to access lands beyond. Buntzen Lake, Sasamat Lake, Belcarra, Trails and nature at your doorstep. Call for more information.

These statistics are generated based on the current listing's property type and located in Anmore. Average values are derived using median calculations.
To access this information,
please create a free account
Get market change alerts