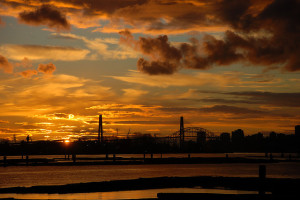 The mainly suburban City of Coquitlam in the Lower Mainland* of British Columbia, Canada, one of 21 municipalities of the Greater Vancouver Regional District (Metro Vancouver), had a 2011 Census population of 126,840, a 10.4-percent increase over the 2006 tally.

The southwestern portion of Coquitlam is on the Fraser River upstream from and adjacent to New Westminster. The northeastern portion is on the Pitt River upstream from its confluence with the Fraser. The Coquitlam River, a small tributary which enters the Fraser about a mile downstream from the confluence, divides Coquitlam on the west from Port Coquitlam on the east. Coquitlam’s southeastern border surrounds Port Coquitlam; Burnaby and Port Moody border on the west, the river on the south, and New Westminster on the southwest. The northern city limits reach Eagle Mountain in Indian Arm Provincial Park. Coquitlam’s land area, 152.5 square kilometres (58.9 square miles), is much larger than that of Port Coquitlam.

Explorer Simon Fraser, the river’s namesake, passed through in 1808, and gradual settlement of the area began in the 1860s. Construction of North Road in the mid-19th century to connect New Westminster to the year-round Port Moody port facilities gave birth to Coquitlam as a way station.

In 1889 Fraser Mills opened on the north bank of the Fraser River. The District of Coquitlam incorporated in 1891. Twenty years later, a mill town had grown around the mill. Since World War II, Coquitlam has experienced substantial, ongoing population growth. In 1971, the annexation of Fraser Mills enlarged the city’s industrial base. The area of the old mill, closed in 2001, is now residential. 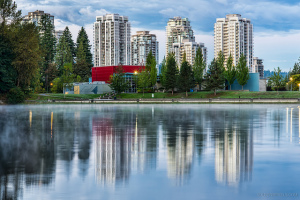 Southwest Coquitlam is the original city centre, but the present centre, where the Skytrain Coquitlam Central station and most high-rise offices and residences and public buildings are, is near Lafarge Lake in the narrow, geographically middle part of the municipality between the wider northeastern and southwestern sections on the rivers. Metro Vancouver’s 1975 Livable Region Strategic Plan designated this new Coquitlam Town Centre for a concentration of high-density facilities.

The Austin Heights area between Austin and Como Lake Avenues is an urban fishing and recreation area and one of the last urban watersheds to support wild coho salmon, coastal cutthroat trout, and the Great Blue Heron and Green Heron bird species. 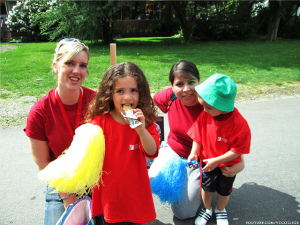 Coquitlam is a bedroom community, so most residents commute to their jobs in Vancouver, Burnaby, and other Metro Vancouver suburbs. Coquitlam’s industrial area remains in the southern Maillardville/Fraser Mills area near the Fraser River. The City of Coquitlam is now the largest employer with about 850 workers. Art in Motion, the “#1 Art Publisher in North America,” employs 750, and Boulevard Casino approximately 600. Other major employers are Coca-Cola, Sony, and the Rolls-Royce Marine Propulsion Division. In 2007, 610 Coquitlam retail businesses provided 27 percent of all jobs within the city. Most retail businesses are in the Town Centre area with the remainder around Austin Heights and the North Road.

Coquitlam is home to bears and many other wildlife species, especially in its northern reaches. As the human population increases and urban areas expand, habitat and natural food sources for wildlife diminish, and the animals forage in garbage for sustenance. The city Urban Wildlife Coordinator advises residents to “wildlife-proof” their properties by keeping garbage inaccessible, using disposal containers correctly, not planting fruit-bearing trees and shrubs, and removing bird feeders. If they encounter “threatening wildlife,” they should “not run” but should make themselves “look big” and be “loud and aggressive.”

* This unofficial term in popular usage describes the region from Horseshoe Bay south to the Canada/USA border and from the coast to Hope at the eastern end of the Fraser River Valley.