The Good Life in Langley 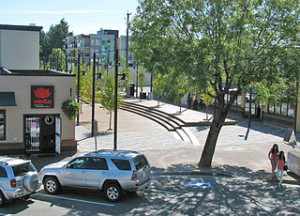 In the eastern part of Metro Vancouver, British Columbia, Canada, there is the Township of Langley and the City of Langley, a separate, politically independent municipality at the extreme western part of the township about midway between its northern border on the left bank of the Fraser River to its southern on the international frontier of the USA. The township population was 104,177 according to the 2011 Census, which reported 25,081 for the city. The City of Surrey borders both township and city on the west. Langley is within 30 miles of Vancouver International Airport on the Pacific Ocean to the west and 15 miles of Abbotsford International Airport up the river to the east.

The first permanent European residents were traders of the Hudson’s Bay Company. In 1827, they built Fort Langley, one of a number of Pacific Coast trading posts, on the Fraser River to harvest and process fur pelts. In 1858, with the discovery of gold in interior of British Columbia, the fort became a supply station for miners on their way upriver to the gold fields.

Langley Township incorporated in April 1873 but has remained mainly rural with some suburban areas. To this day, most township land is within the provincial Agricultural Land Reserve. The first Langley City community was “Innes Corners” and later “Langley Prairie” when the post office opened there in 1911. In 1955, however, after residents of what was by then the township urban centre demanded services that the township was unable or unwilling to provide, the City of Langley incorporated as an independent separate municipality.

Langley City and Langley Township follow the same street-naming and numbering system as do other Fraser Valley districts. Streets run from south to north in ascending * lot numbers, avenues from west to east. 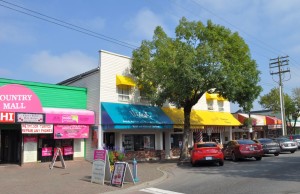 Downtown Langley City developed around Old Yale Road, later the Fraser Highway, until 1964 part of the Trans-Canada Highway. Now that the Trans-Canada Highway crosses Langley Township in the north through suburban Walnut Grove and Willoughby, downtown Langley City is more for pedestrians with the former Fraser Highway a single-direction lane residents call “The One-Way,” a popular city retail centre.

In the summer of 2013, McBurney Plaza opened to connect Fraser Highway and Douglas Park with a pedestrian mall providing outdoor space for street performances and civic events. Just outside the downtown centre are strip malls and low-rise apartment buildings. Most detached, single-family housing is beyond the downtown area.

The South Coast British Columbia Transportation Authority (Translink) serves the City of Langley and operates as a regional transportation network with several regular bus routes and community mini-bus shuttles. The Fraser Highway is a major east-west traffic corridor for Langley City and Township. In 2012, highway improvements in Langley Township and Surrey City widened the highway by two lanes, one regular and one for high-occupancy vehicles, in each direction to reduce traffic congestion.

Langley’s many wineries partake in the regional wine-making tradition which a temperate climate makes profitable. Both the Fort Wine Company as far north as Fort Langley and the Vista D’oro vineyard on the USA frontier have produced award-winning vintages. All Langley wineries are open to the public, but opening hours vary.

Compared to business costs in North America, Europe, and the Pacific Asian area, Western Canada presents a significant cost advantages. Canadian western provinces have cost advantage in some industries of up to 32 percent over the USA. In research and development, Vancouver business costs average 16.2 percent less than those in the USA.

In Langley, land, office space, and housing costs are even lower. Langley housing costs are 57 percent lower than those in Vancouver, and retail leasing costs about 10 times less. Economically, Langley Township and City are great places to live, work, and do business.
_______________
* The City of Vancouver, however, reverses the street-numbering order. Lot numbers go down, not up, from south to north.