West End May Take Off Again

The West End neighbourhood of the Canadian City of Vancouver in British Columbia is the area from Burrard Street west to Stanley Park at the extremity of the downtown peninsula and from West Georgia Street south to False Creek and English Bay. Adjacent neighbourhoods are Downtown east of Burrard Street and Coal Harbor north of Georgia.

The first area land purchasers planned in 1862 to mine for porcelain clays and establish a brickworks, but the local clay was unsuitable for that purpose. With the arrival of the Canadian Pacific Railway, however, the West End soon became Vancouver’s first wealthy neighbourhood of rich railroad families along Georgia Street. As the city grew, the West End became a transitory place for new arrivals from elsewhere in Canada, the United Kingdom, and later other countries, establishing a neighbourhood history and tradition of diversity.

The rich moved on to Shaughnessy and other neighbourhoods early in the 20th century as new development brought in a more middle-class, transient population. Mansions converted to rooming houses, low-rise apartments appeared, and shops sprang up along the streetcar lines on Davie, Denman, and Robson streets. Following the Second World War, a significant German business community took root along Robson Street, “Robsonstrasse” in marketing parlance. The West End’s skyline soared in the ‘

In 2001 the densely populated West End had 42,120 residents, 12 percent of whom were single-parent families compared to 17 percent for the entire city. The census population was 44,543 in 2011, a small decline from 44,556 in 2006. From 1971 to 2011, West End population increased by 19 percent as city overall population increased by 42 percent. At 48 percent, the 20–39 age group is the largest at a proportion much higher than that for the city overall, 34 percent. The neighbourhood has two elementary schools and a high school.

Parks and beaches are abundant around and throughout the West End. English Bay Beach is thronged during the annual summer Celebration of Light fireworks display. Stanley Park with 1,000 mostly forested acres is one of North America’s largest urban parks. Entirely encircled by the Seawall, a paved path that begins Downtown and follows the coast around Stanley Park through the West End and around False Creek to Granville Island for rollerblading, cycling, jogging, or pleasant walking, the park also has many miles of inland trails crisscrossing in every direction. The Vancouver Aquarium and a miniature railway attract many of Stanley Park’s 8 million annual visitors. At the northern end of the Park, Prospect Point provides spectacular vistas of the Lions Gate Bridge to the North Shore of the Burrard Inlet.

According to the Colliers Spring 2014 LandShare Report on rezoning and development applications in Metro Vancouver, a new community plan has raised development potential in the West End neighbourhood, which may be on the verge of a dramatic expansion of real estate density. The report points to recent purchases of two properties as the first of many probable high-value West End transactions since the community plan relaxed density restrictions in the Georgia Street corridor to permit maximum heights of 500 feet. 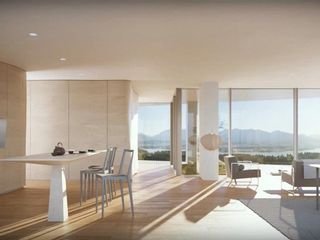 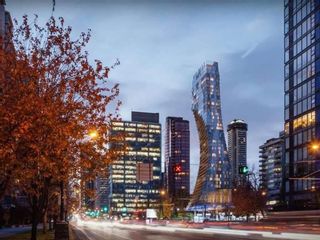 A true magnum opus - the collaboration of a century where the best of the East and West came together. The collaboration between ???(Kengo Kuma) and Ian Gillespie. The landmark building sits on the prestigeous Alberni corridor with stunning views of Stanley Park, English Bay, and the magnificent city view. This unit includes 2 parking spaces, a one of a kind Japanese Soaker Tub on the balcony, access to a Michelin two star Japanese Chef's 26 seater private dining restaurant. Located on the 35th floor this unit offers the best value. Units on Floors 36 and above were sold for over 8MM per unit minimum. Take this opportunity to live on top of the most sought-after address in Vancouver.

These statistics are generated based on the current listing's property type and located in West End VW. Average values are derived using median calculations.
To access this information,
please create a free account
Get market change alerts